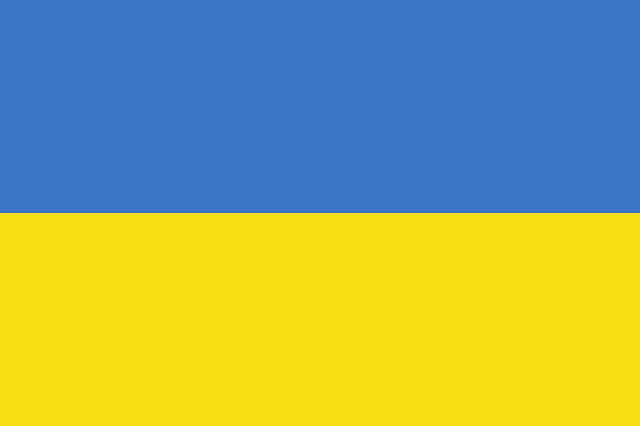 We Have Everything to Live For, but Look for the Tiniest Reason to Screw it Up.

Russia’s current war in Ukraine is a war of choice, all based upon lies created for the purpose of having a reason to justify violent action, with the accusation then justifying the vibration being emitted. We can point our fingers at individuals who have the responsibility of leadership, but the truth of the matter is they are simply an instrument of the consciousness of man. And no, if you commit a crime against another, you do not get to blame it on the “consciousness of man”, let’s make that clear.

Putin is solely responsible for this war, but what I speak of is the consciousness of man and how it affects us in our everyday lives.

For thousands of years, whenever a great war begins, man has been told that this will be the last war – the Last Great War. In just the last century, WWI was absolutely the last war, with the nations of Europe agreeing we could never again unleash such horrors on mankind. Just twenty years later they began the next great war with the same promise: the Last Great War. Since then, we have fought proxy wars throughout the world.

It is as though our genetic software is programmed so that every 50-100 years we must create another global war. Somehow, deep inside ourselves we believe in, and we have been looking for, this one decisive battle in history that will End All Wars. This particular energy has taken us to a fork in the road, and if we continue on our current path, we will succeed in creating the Last Great War – but there may be nothing left afterwards for any of us on this planet.

Where do we want to go? Do we want to explore the potential of man by understanding our vast consciousness, or do we choose the vibration of the ancestors and continue down a path of hatred without reason?

With everything we know about our history, here we are again: being even more barbaric than man was in the past.

Technology that was supposed to unify us is instead dividing us. Our political parties and religions are becoming more and more fanatical because now we can spread the vibration as well as the word. The whole of society is looking to salivate every day to see who they should be afraid of or who they should be persecuting. It’s a lust, and it’s been building for a minimum of 40 years with greater and greater intensity each day. It gained tremendous momentum with the 1980 presidential election of Ronald Reagan; his campaign was based on fear, and with a window of vulnerability he was elected. Fear has always been used in politics, but never like it was during that campaign, and has progressively gotten worse. I said this back then: People think the acceptance of this fear is going to come free, but it’s not free. Your children will pay enormous interest for that.

We're traumatizing our children, while claiming the other guy is traumatizing them. We’re injecting them into our politics at a younger and younger age.

In just 100 years, mankind has moved from total misery to a platform where peace and gentleness can be safely established within oneself, and yet we choose to continue beating ourselves into a state of fear. All we can say is, “Well of course I’m fearful! Look at what's happened. Why wouldn’t I be afraid?” It's a catch-22; we’re just chasing our own tails and wondering why we never get to the point where we can succeed at peace.

Fear has been a tool of mankind long before we stood upright. We have these giant brains, and we're supposed to learn to tune into vibrations and understand the energies – but we are nowhere near that point where we can feel. We should be striving to have compassion and understand compassion. To truly understand having compassion for another, it would be wise for an individual to learn of their own vibrations, and to be honest with themselves.

We do not practice consciousness and compassion; instead, we practice uttering prepared statements without feeling or regard for the other if it can be done in a way where we can perceive to be above the rest, e.g., I am nobler than that, I won't go to war. I'm not like that. And then you go onto your Facebook page and attack every person who has ever said a word you don't like because, of course, you're noble and you are pious above others.

We can scream all we want about peace and love, but our actions clearly show we are emitting the vibrations of persecution and purification, while always looking to attack another and simultaneously appearing noble.

We create the same frequencies of hatred on this planet because of our dislike and outright hatred of another person due to the words they have uttered. The rhythm of your heart beats against the membranes of our atmosphere and transmits it around the world. Thirty years of technology (and entertainment) transmitting our disapproval of everything helps justify all of this as well. It prepares us for battle, and it prepares us for judgment.

The propaganda from every side that exists on this planet is causing the entire atmosphere to vibrate like the skin of a drum. Today it beats out fear and hatred. It beats out hatred for the past and for our actions of the past, and it’s very successful at bringing hate out from the 1940s into our present-day vibration.

Sit down in front of a mirror and record a conversation with yourself, and you'll see what I'm saying. You don't practice peace and you're always in a state of judgment. It is a hard truth, but it is true that if you want to stop war on this planet you have to sit down and make peace with the person in the mirror. You need to understand history so you can see how better off you are today in comparison to any other time in history.

Feeling Oneness With All