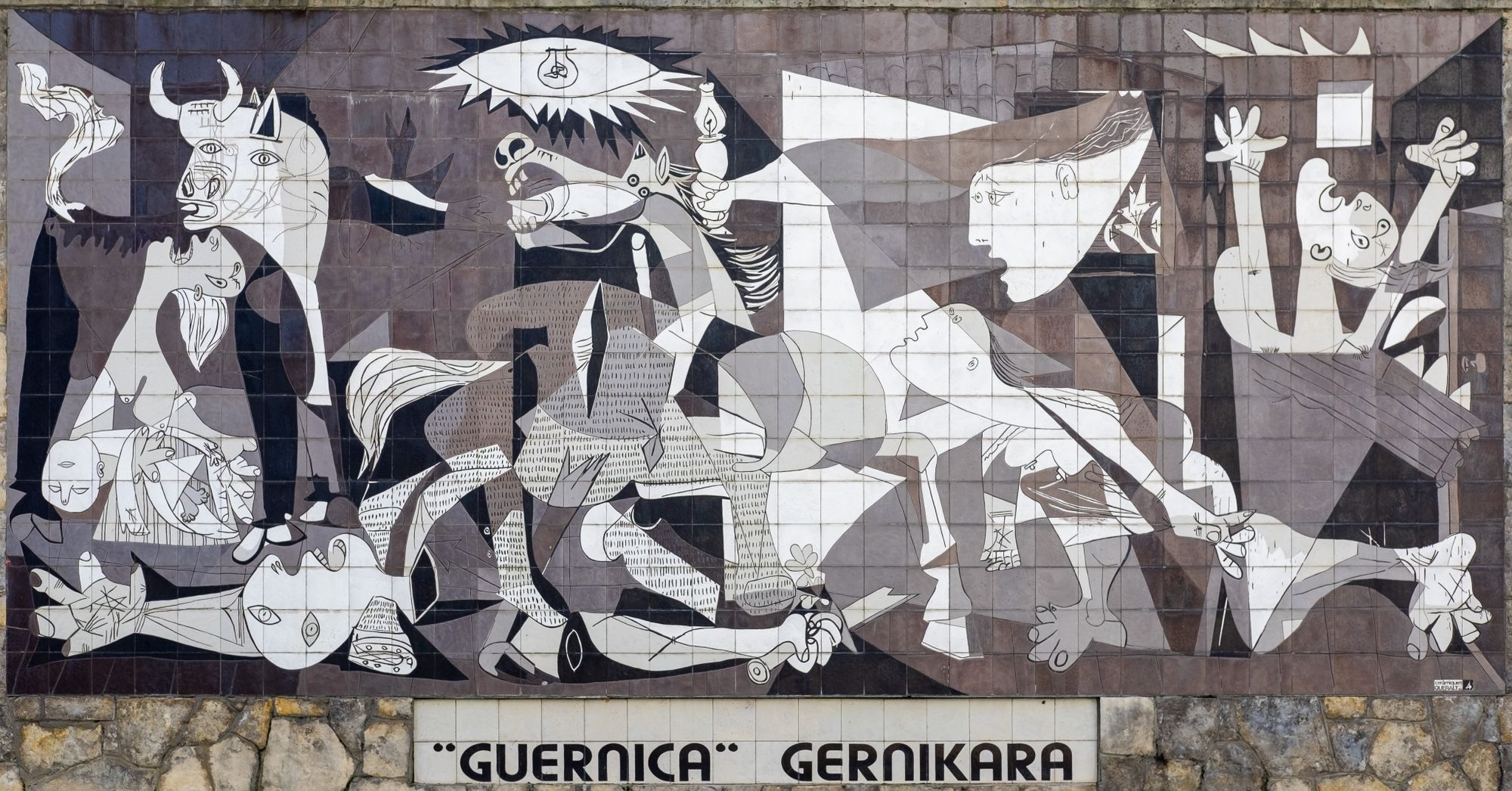 The Lust of War

(Pablo Picasso painted the above in 1937 entitled "Guernica", representing the tragedies of war and the suffering it inflicts.)

The energy of war is very, very old, and is what happens when we follow the ways of the dead. It is the vibration, the lust, of our ancestors:

Let’s talk about conversions that have taken place in relationship to the immense number of technologies that have been introduced into the world in the last 30 years.

This is extremely disruptive.

It will cause industries to completely shut down, with millions of people losing their jobs. The inequity of it will be immense, and everyone needs to get together NOW and stop putting their heads in the ground; instead, we need to take a look at what's happening. We need to prepare the population by not just warning them, but by explaining the world is about to transition and becoming much smaller. We need to use these incredible machines we’ve developed for actual communication.

In order for that conversion to fully unfold and set us forward on a beautiful path, we have to let go of the ancient ways – the ways our ancestors thought.

What we see today happening in Europe is the perpetuation of the ways of the ancestors. Look at Putin: supposedly in the last few years he has surrounded himself with history books in relationship to the origins of the Russians. He delved deep into the Viking mentality, into the culture of the period.

All the tribes of those regions -- and when I say regions, I mean from Sweden all the way through Asia, along what is now the Russian border, those states that Putin wants back. This is where you had the Russo Vikings. Russo was not a Russian term, it was a term used by the Germans, and it was anything north of Germany – all Vikings were Russo to them. And there was also the Danish, and a lot of cultures that for centuries just raided one another. Putin is looking at this ancient history and claiming that Russia has the right to claim all these territories.

These are the ways of the ancestors, plain and simple. What's about to unfold because of this catastrophic way of thinking is more and more pain. And the solutions always seem to be let's do the same thing the ancestors did.

Moscow is thinking in ancient ways. They probably are considering the technology, but their mentality is to act like that technology just doesn't exist so they can lie even more to their people.

But even with the new technologies, we're still acting in the old ways. Moscow is bringing into Ukraine these giant armored columns, and the Ukrainians are wiping them out. How can Ukrainians do that? Simple: they have drones!

Anyone can buy a drone. This is conversion right now; the old converting with the new.

Your old armies are now vulnerable to children. Technology is making everyone on Earth a possible warrior. I no longer need to be a big powerful brute with a gun. I can be a 90-year-old grandma, weighing 90 pounds, sitting in my basement with a drone.

This is the old way.

If Russia had not been constantly aggressive throughout its history, it would now have a population exceeding China's. Instead, Russia has always wiped out its youth in massive numbers, doing the exact same thing they're doing in Ukraine. The exact same thing. These men being captured, they're 18, 19-year-old boys. No training, just fodder. One Russian commander who surrendered has said as much: we’re fodder. They didn't give us a mission, they just sent us in. No mission, no objective.

These are the old ways.