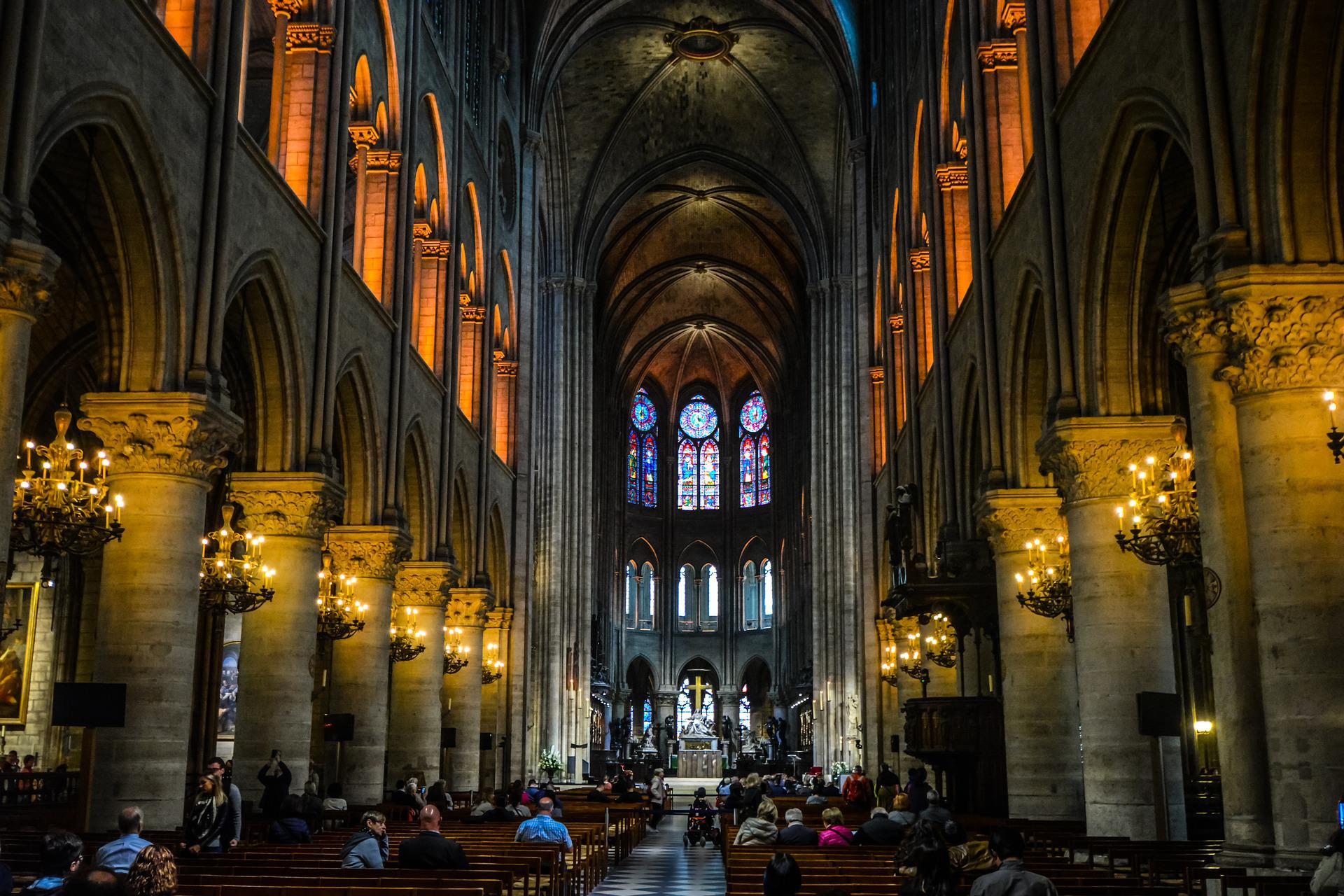 Worship is a devotion, and when you worship in a church, synagogue, mosque, or any temple, it is a powerful vibration. The sensation you receive when you pray with a large number of people is unity, and we are beings who need to be united. It is what we crave, to become part of the whole.

The older the building, the greater the vibration becomes for every person praying in that temple. This is because throughout time, the faithful have embedded the vibration of their being into the stone and the wooden pews. It makes no difference as to your religion or spiritual belief system, be it Christianity, Judaism, Buddhism, Sikhism, Islam, etc.

If you ever get the chance, visit an older temple. Ancient architects used sacred geometry to design these buildings, as they understood its great importance for worship.

When I was in the Army and stationed in Germany, I would visit old churches and cathedrals in Europe, even though I did not belong to any religion. I would go into one during the day or evening when no one was around and find its apex of energy. Sitting in that apex, it would bring me into a state of awe, and I would feel love.

These buildings of worship were all designed specifically so that the apex of energy would be in a central location, as that is where the energy was most powerful. Being in that apex would bring you into a higher state of consciousness, just by sitting there.

How is that possible?

The frequencies of the worshippers in those temples are brought together into the apex, and while sitting in that apex you can go into outer space and into inner space. It is simply transmitting energy.

It makes no difference as to whether you belong to a religion or not; if you allow yourself to feel, you will feel the beauty of that energy. Most people will judge this as a spiritual experience, and of being evidence of the absolute truth of their belief system. A few, like myself, will experience it as energy coming from faith, amplified by the sacred geometry of the structure itself.

A few examples of ancient churches and temples built with sacred geometry are the world-famous Catholic Chartres and Notre Dame cathedrals, both located in France. The Vatican itself is pure geometry, right down to each individual building.

The Hagia Sophia in Constantinople (now Istanbul), Turkey, is another beautiful example of sacred geometry; it was a Christian church until 1453, at which time it was then converted into a mosque, and now a museum. When you look at its ceiling, you’ll see it is in the shape of a Merkabah, which is very sophisticated geometry.

Jewish temples and Islamic mosques also have beautiful sacred geometry. A powerful example in the Islam religion is the Great Mosque of Mecca in Saudi Arabia, with its Kaaba structure (a shrine in the shape of large cube). When Muslims make a faith pilgrimage there (as they have for centuries), millions walk around the cube-shaped shrine in the same direction. All those worshippers walking around the sacred cube at the same time is a very powerful experience.

How can you find the apex of energy in churches and temples? In a lot of the older Christian churches in Europe, there are no center aisles; instead, there are pews in the center of the buildings, and you would find the apex in those center seats. In very ancient temples, the altars were placed in the apex of energy, and that would have been in the center of the structure. Yet in other churches and temples, there are aisles and large columns located in their centers, and so the apex of energy can be found by looking up at the ceiling lines of those structures; by doing so, you can clearly see their geometry and where the apex would be. You’ll find most of those buildings are built with the geometry of an octahedron.

Regardless of whether you sit in the apex of a temple or not, all energy moves outward from that apex and fills the entire building. If you are worshipping there, you will be a part of that energy field and benefit from it.

Churches and temples can be wonderful in helping you feel peace and optimism, while also expanding your consciousness. No matter how people worship, their energy will be embedded anywhere they have worshipped for long periods of time – if they are sincere and filled with faith, hope and love.