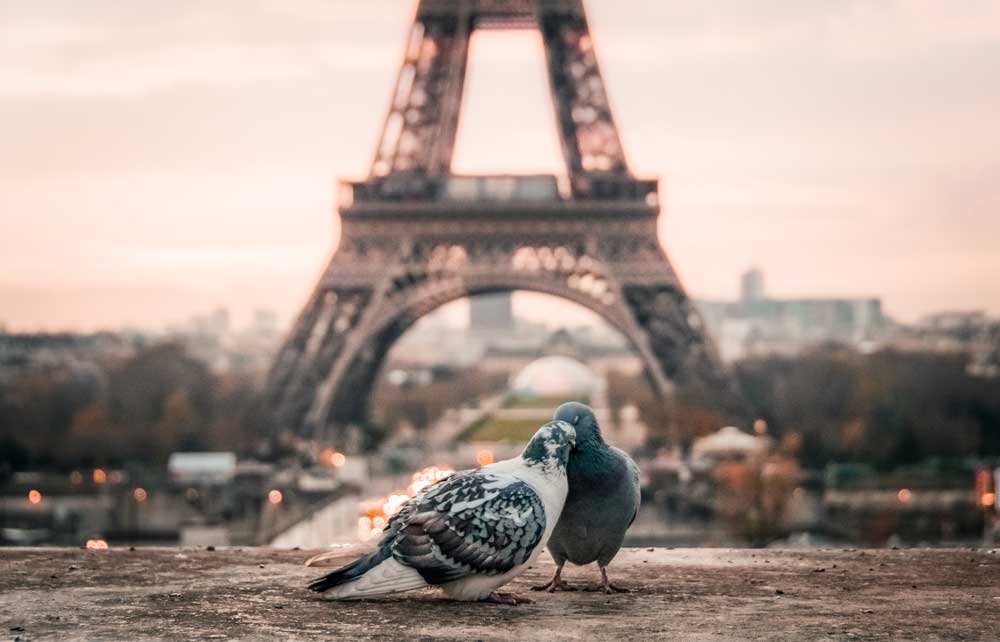 Dance With Hate, and You Will be Blind to Love

In last week's blog I talked about the energy frequencies of fear and hatred, and how they become embedded in the global consciousness. How does this happen?

It’s because all living life forms are electromagnetic in nature. Whether we realize it or not, all of us are broadcasting our state of being and receiving that of others, simultaneously. Our consciousness exists everywhere.

Because of advancements in science, we can now observe how this works.

Today, corporations and governments are racing toward the development of what is known as quantum computing, based on the theory of quantum entanglement. The theory of Quantum Entanglement states that a single electron simultaneously exists everywhere in the universe. If two electrons touch each other (however briefly), then no matter where those electrons end up in the universe, whatever affects one will instantly affect the other, regardless of their distance - there is no lag in time. This is the most simplistic explanation, but it’s much more complicated, of course.

So, too, does quantum entanglement occur with the human consciousness: what affects one, affects the other. This is where our vibrations and the law of attraction come into play.

To illustrate this concept, understand that whatever particular state an individual is in at a given time, the energies which make up his/her electromagnetic field emit wavelengths (the electromagnetic field is also known as the human aura, and wavelengths are known as energy). So, if one is vibrating in a state of rage, the energy frequency of rage is what they will broadcast. The law of attraction then weaves their vibration into the vibration of others who are emitting like-minded thoughts, giving the frequencies greater potential to entangle and influence the consciousness of others. The condition of hatred and rage can then be unified through quantum entanglement.

We can see the effects of quantum entanglement as the global internet of the human consciousness.

Whichever condition or frequency you emit, whether it be anger, depression, empathy, etc., you initiate a search and link your frequency to similar frequencies in the global consciousness. This is no different than running a search to link with other people of like minds on the internet.

Once again, the same frequencies that caused world chaos not so long ago are again gaining momentum, and all of us are playing a part in it. So, how can we stop feeding the monster?

I have mentioned in previous blogs that I will not ask you to love everyone; instead I will ask that you observe within yourself how often you become disappointed. As you observe this, ask yourself: "What is the value of my disappointment? Why do I invest so much time in it?" Again, observe and then ask yourself: "How much time do I invest observing the beauty that can exist within me?"

I, myself, was born into extreme poverty. My environment was filled with ignorance, rage and violence, and I knew of no other existence. As I matured, I only became more bitter at God.

Why did I suffer so deeply within my heart? Why was I condemned to an existence that was void of love? Sure, I had heard the word “love” all the time, but could not feel its frequency within myself for more than short bursts, which was mostly when I stood in awe with some epiphany I had experienced.

I cursed God, the temples and anyone who preached “love”; I suffered greatly in my quest to understand. Over many years, I came to learn that I was never void of love. From birth, I had been endowed with love but I could not see or feel it, for my heart and mind were vibrating with the rhythm of ignorance.

No matter what I learned, I was in rhythm with the belief systems of my environment.

Over many years, I began to see I had placed no investment in the quest for peace. I was a warrior. My time was spent in preparation for the worst, calculating risks and defenses. I concluded that I must be tough and project my toughness, so that all would know there was a high price to pay if one were to trifle with me.

Of course, all I did was push peaceful people away and draw those to me who wished to be like me. I could not see my heart, and I only became more bitter as I claimed that I had been denied love.

How could I want love so bad, and yet it eluded me?

I was fortunate as I was plagued by many visions, which in themselves, tortured me. No matter how much I despised this condition, I could not shake the things I saw and felt. Slowly, I began to see there was no value in my bitterness, and the penalty of the interest was never-ending - it was a poor investment.

Slowly I moved away from my rage, giving way to the insights of my anger. With each layer I peeled away, I experienced greater moments of peace, and although short-lived, they started to become more frequent. Eventually, I realized that love had always existed within me. I also realized that I did not have to practice love; instead, I should stop practicing ugliness, such as anger, guilt, shame and hatred, for these blind us from the natural frequencies of love that are already endowed within us.

Over time, I took it upon myself to observe the greatest poverty on this planet: why do so many people feel void of love and compassion?

So many of my friends and neighbors would often speak of love, and yet, I could feel in their voices the bitterness of life and the poverty of so little love in their lives.

I pondered the people who had stood before an altar and swore to love each other in sickness and in health. They seemed to spend more time squabbling with each other, and I felt little love emitting from them. I observed there were the rare couples who were still freshly in love, no matter how long they were married. This is what I call newborn love. Their love was rich, beautiful, and unhindered; I just needed to come into the presence of such a couple, and their joy would become my joy.

But with the vast majority of the couples, I would observe that years (or even months) after their marriage day, I no longer felt the ecstasy of their newborn love that I had previously experienced in their presence. I instead felt jealousy, hatred, resentment, and competitiveness.

For many years I pondered this, and through my visions and observations, I believe I saw its truth.

Although I have stated that I will not ask an individual to love everyone, it does not mean once you find the vibration of love that you should not care for and cultivate it into a more sustainable frequency. In fact, you need to make it a constant within your existence. What prevents us from doing this once we find the frequency of love? I believe it is our cultures.

There are common elements within all cultures on this planet, and simple observation can show us one of the most universal elements (yet few see it). It’s the contradiction of when two people stand at the marriage altar, facing each other with their chakras in alignment, and they vow to love each other.

We seem not to understand that in this moment, we are sowing the seeds of love.

With every seed we plant, we know we must nurture it; otherwise, it will simply sprout for a moment and then wither and die. We care for that seed, as it may inevitably grow into a great plant that can feed us and others around us, either with nutrients or beauty.

So, too, we must understand that when we fall in love with another, it is simply the sowing of a seed. As we plant the seed, we experience the richness of love. So great is the energy frequency of love, that it can make every cell of our being weep in beauty.

So powerful is this vibration of love, that when we look into each other's eyes at the altar, we swear that this love is so sacred and vow that it should be for no other. In this moment, we stop the cultivation of love - but we don't realize that the roots of love must expand in every direction.

It is only through the expansion of love that we can assure its existence.

When we are branded with love, we should not keep it unto ourselves; instead, it should serve as a guidepost, so that we may endeavor to love everyone and everything with the same intensity.

As we do this, those who seek love will attune themselves to the frequencies of those who cultivate their love and give it freely to others. As the couple’s love continues to amplify as they nurture young love, their joy will become greater as they learn not to restrict or place conditions on love. As they do this, they emit frequencies that extend outward into the consciousness, vibrating with a love that has no conditions, affecting all. Just as the vibrations of ugliness afflict the planet, so too, will untethered love affect us all.

So, when you feel the joy of love for another, understand that it is but a seed and must be cultivated by endeavoring to share its beauty with all.