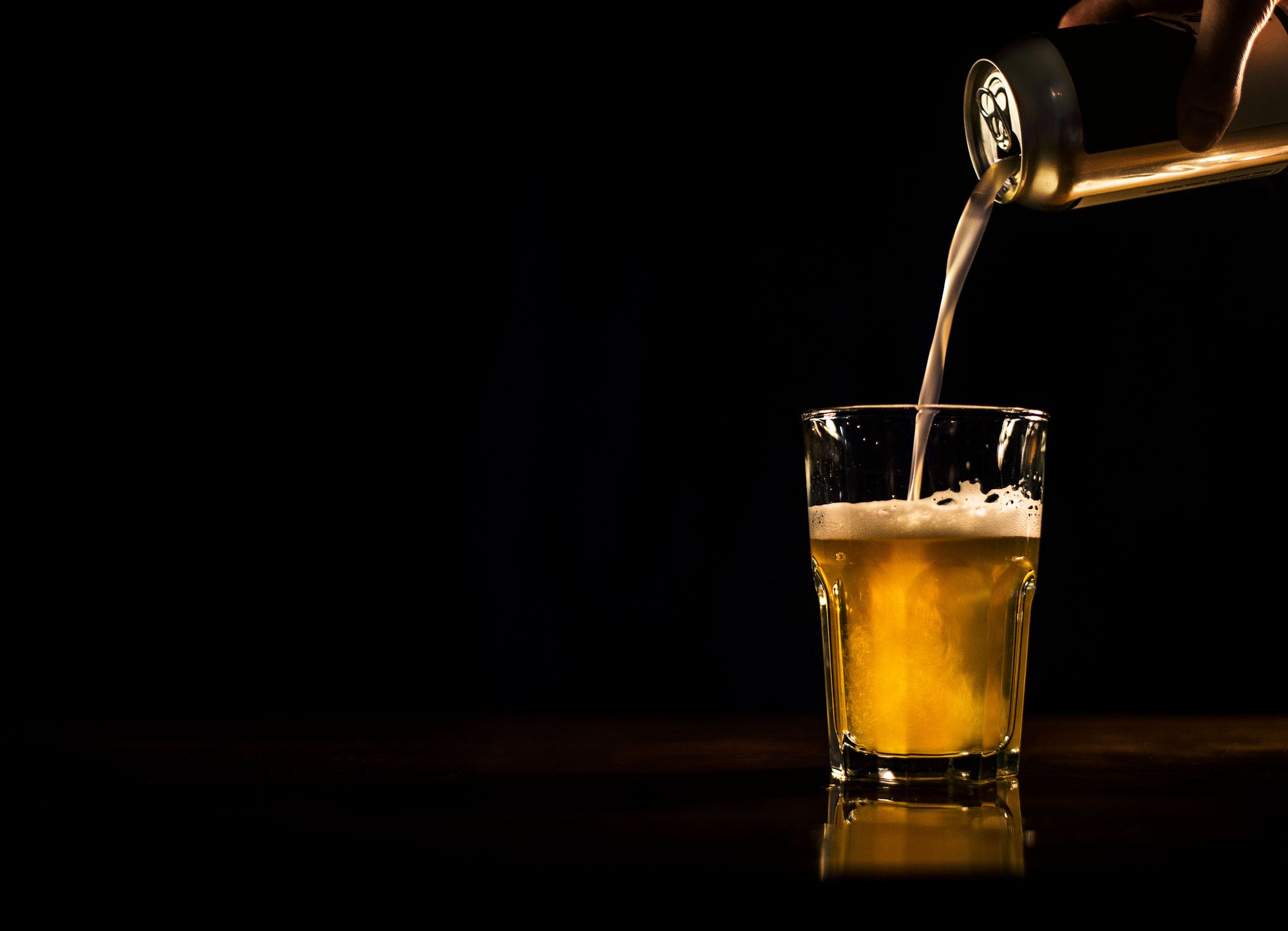 Ask Me Anything: Alcoholism- How to Heal (Part 2)

Last week I answered a question from a reader about about alcoholism and genetics. The blog today expands upon that subject, while also discussing the energetic aspects of chemical addictions. I’ll also talk about why some people attain instantaneous life-long sobriety, while for the majority it takes tremendous willpower, sometimes with several relapses before they stay sober.

This information can help you understand yourself better, or a loved one, who is dealing with alcoholism.

It helps to truly understand the genetic aspect first. Most tribes, especially old-world, have been drinking alcohol for at least 8,000 years. This was mostly due to necessity, as fermentation was needed to preserve food and drink. Alcohol became part of the culture, a way for the peasants (if only temporarily in their minds) to escape their misery. In turn, alcohol was exploited by the ruling classes to subdue the peasants and keep them in line – you can’t start a rebellion if you’re drunk every night. Thus, alcoholism is also systemic in nature; it is part of the system of a nation.

It takes five to eight generations to program a cellular structure that will be inherited into the next generation, and if that behavior continues over the millennium, it then becomes part of life – both culturally and genetically. I live in Wisconsin, where the background for drinking is so deeply embedded from the ancient culture of the serfs who settled this region. They came from extreme poverty and brought along one of their few entertainments: drinking alcohol. It’s now part of the culture in Wisconsin: if you want to have fun, you have to get drunk. It’s also a major reason of why Wisconsin is the binge-drinking capital of the United States.

As such, the individual who comes from a lineage of heavy drinkers is going to face a much more difficult problem in quitting, as the usage of alcohol has been infused into their cellular structure and culture. Once their cells acquire a taste for alcohol, the alcoholic won’t feel comfortable with their own body chemistry and MUST consume alcohol to feel normal. Alcohol alters your brain chemistry, which is why it can be so difficult to give it up when you want to, or when it is causing so many problems in your life. Additionally, as alcohol is the initiator of social interactions in many parts of the world, then overcoming the environmental and social culture of alcohol makes it even harder. You no longer “fit in” with your family or friends, and the community at large; it makes you an exile, and it’s extremely difficult to be in exile in your own community. After the genetic component, the desperation to fit in with others is the main component of any addiction.

Just these two factors leave the alcoholic “swimming up a waterfall”, so to speak, when they try to become sober.

Of course, not everyone from an alcoholic family lineage becomes an alcoholic. Some have a drink or two and can quit. Some people have more of a capacity to observe their environment. Some people just have more of a need to escape than others. There are many different reasons, and they each need to be dealt with individually, as everyone’s experiences, the sequences of their experiences, and their genetic makeup (even within families) is unique.

Alcoholism has nothing to do with being “weak”. Everyone is addicted to something; everyone wants to escape.

It is the rare person who quits abruptly and never thinks about or craves alcohol from that moment ever again. For that person, something incredible takes place in the mind: an awareness that cannot be explained, a moment’s clarity. It’s technically a spiritual experience. In its reality, though, it is a wave of energy the person has caught by being in the right place at the right moment in time, without realizing that is what has happened. That wave of energy is very, very short, and usually open just a few hours.

Unfortunately, the majority of alcoholics don’t have that spiritual experience. Instead, most will resolve to become sober for personal reasons: self-awareness, health, financial, shame, etc. A window of opportunity at that moment will open for the individual, and they see that they need to change their lives and must take action. Many will be able to weather the cravings for alcohol on their own by focusing their time and energy on positive endeavors, such as eating healthier, exercising mind and body, and interacting with people of clearer minds. All of this takes time. The longer they can stay sober, the more the cravings diminish. If they can make it to 6 – 8 weeks of sobriety, they have an excellent chance of breaking the addiction. They end up shifting their vibrational frequency.

It’s not just your brain that is drunk, but also your cells. Your brain will recover quicker than your body’s cells. If you're 45 years old and you've been drinking since you're a teenager, those cells are going to be missing something, and the cravings you will get will be incredibly intense. This is where people fail. It will take at least 2-3 weeks, maybe 6-8 weeks, for those cells to start accepting the benefit of not being saturated in alcohol, and that's a shock to the system. Then you’ll start feeling lots of emotions, mostly telling you you’re a screwup, along with discomfort in the body because now you’ll be able to feel more.

It takes time to adjust to an alcohol-free body.

Depending on the severity of the alcoholism and the underlying issues, some may relapse multiple times, each time having to wait for that window of opportunity to open again. For many people it can take 7 relapses before sobriety becomes long-lasting. In these instances, having a support person to talk to, whether it be a counselor/coach or fellow recovering alcoholic, is very helpful. A combination of energy work and coaching can be an excellent support during this time.

For people who are severely addicted to alcohol, rehab is the only option. When this individual seeks help, it’s extremely important they receive care within the first 12-18 hours (the timeframe may be shorter or longer, depending upon the individual); treatment within the first 2 hours would be the absolute best. This window of opportunity doesn’t stay open very long, and once it closes, it can take a long time for the severely addicted to seek help again.

Unfortunately, in the United States we're addicted to delaying the recognition of social problems. When we actually do recognize them, we're addicted to persecuting people with the problems, with the inequity in that being vast, as well.

We make it very difficult and very expensive to get into rehab, with people sometimes having to wait for months. I believe there should be walk-in rehab clinics, so that when an alcoholic hits the window of opportunity and is ready to quit, they can walk into a nearby clinic and immediately be admitted for treatment. That window of opportunity is going to close, whether they get help or not. Currently when a person with severe alcohol issues seeks rehab, they have no idea what to do or where to go, or even where to start looking. Does their insurance cover it? Will they go into debt? When that window of opportunity opens, you have to move quickly, and you don’t have time to do research or make multiple phone calls.

If a person is admitted right away into rehab, even if they don’t receive treatment immediately, that window of opportunity is likely going to stay open long enough for them to succeed. It’s all about being taken care of and being accepted. It’s compassion in the moment: “We’ll take care of you, brother”. A huge sigh in their being will take place, and that changes their brain frequency to hope. They went in without hope, and now they have hope.

Conversely, if the person is turned away because there’s no room or they don’t qualify, that window of opportunity is going to slam shut right then and there, and will not open until the person once again hits rock bottom. By that time, most alcoholics are damaged: mentally, spiritually and physically.

These problems with rehab all happen because we show no compassion. As a nation, we’re afraid of our addictions, and we have a systemic addiction to that as well. When society ignores or lies about a problem, the problem is multiplied.

I believe the people who run these rehab clinics are sincere, but they are hindered by politicians. This hurts everyone, the patients as well as the employees of these clinics, as they don’t always feel they’re accomplishing everything they can to help the patient.

Whether the alcoholic works on sobriety by themselves, with a counselor/coach, or in rehab, they need to let go of another addiction: the addiction of lying.

People hide their addictions, and they hide their lies about it; it becomes second nature, like breathing. They’ve become so adept at lying to themselves and others about their chemical addiction that they create an alternative personality to appease their friends and family. They’ve created that alternative personality because they are ashamed of themselves, and the first thing they need to do is recognize the lies they’ve told themselves to support their addiction. This is where counseling/coaching can really help, especially if facilitated by a recovered alcoholic.

If you’re looking for help outside the traditional, a combination of energy work and coaching may be of benefit to you or a loved one. With over 40 years of experience, I can help you in activating the will and shedding the shame.

Ask Me Anything: Suffering

Ask Me Anything: Alcoholism (Part 1)