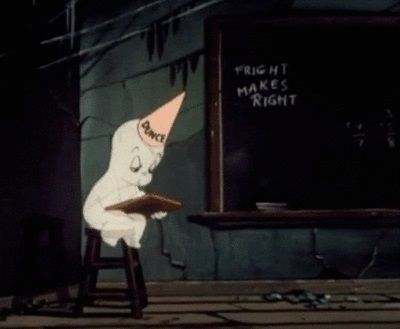 As a follow-up to last week's article, "Can Crystals & Minerals Really Heal?", this week's article is about how specific vibrational properties were assigned to various crystals and minerals.

Most people roll their eyes when they read the long list of all the physical, emotional, mental and spiritual ailments that a piece of quartz crystal is supposed to "heal". Too much of the information out there is just plain cartoonish & spooky.

Actually, reality is much more exciting than that, and it's all around us.

A full explanation is too complex for one article, so today I'm just going to touch briefly on how people today associate the "spookies" with crystals & minerals.

From the beginning when humans formed tribes and when man didn't understand how something worked, they attributed it to spirits; spirits living in the volcano, living in the fire, living in the sun. Man was mostly concerned with surviving: eating and not being eaten.

Let's take a look at what may have happened: the ground shakes, terrifying the young clan. In the distance, the volcano spews out smoke and ash, and all the gazelles and other wildlife run for their lives in the opposite direction. So, too, does the clan run to safety. Weeks later, one of the more curious and courageous of the clan decides to journey back to his home to pray and ask the volcano, "What did we do wrong? Why are the spirits angry at us?"

As he kneels to kiss the earth, he notices a sharp shard of black glass. It's the sharpest thing he has ever seen, and as he touches it he cuts himself lightly. Now he realizes it was not a punishment. The spirits who dwelt within the great mountain were not angry, but instead gave a great gift: fields of this magical stone, obsidian. He brings back to his clan as much as he can carry and demonstrates this great gift; meanwhile the rest of his clan stands in awe and praises him, as well as the spirits in the mountain.

This is the birth of the first shaman.

Everything in the clan now becomes easier to do. They not only hunt with greater success, as the obsidian penetrates deeply and makes the kill much more efficient, but for the first time the fallen beast can be dissected into more manageable sections. Each member of the hunting party can now carry a load greater distances. Preparation of the food can also be done with greater efficiency by slicing instead of tearing, and the hides can now be cleaned because of the sharp blades. Everything is easier.

As each day passes, they invent more ways to use the obsidian and they replace older stone tools that were far less efficient. With each discovery, greater and greater attributes are applied to the obsidian. And through their observations, they connect the spirits of the mountain with the attributes of the obsidian.

Soon they believe everything around them, including Earth itself, came from the mountain. They also come to believe all things that exist are connected to the spirits who dwell within the mountain. This belief then drove a desire in mankind to discover and assign spiritual attributes to stones, plants, and the spirits of animals.

And so began the accumulation of spiritual and mythical properties of all things around us. As generations passed, knowledge was built upon from shaman to shaman, from priest to priest. This took place in every clan and every tribe throughout the world. So deeply did the people of ancient days believe in what they perceived and what they taught, it is now embedded within our cellular structure.

Whether one today attributes properties of minerals on a spiritual level and perceiving them as good or bad, or existing or non-existing, depends much on what their ancestors believed.

In present time, we now have the greatest archives thanks to the past and present. Our new technologies are giving us greater and greater insight into the macroworld and quantum world where we can now bear witness to greater and greater realities, and dispense with the limited knowledge of our ancestors of yesterday.