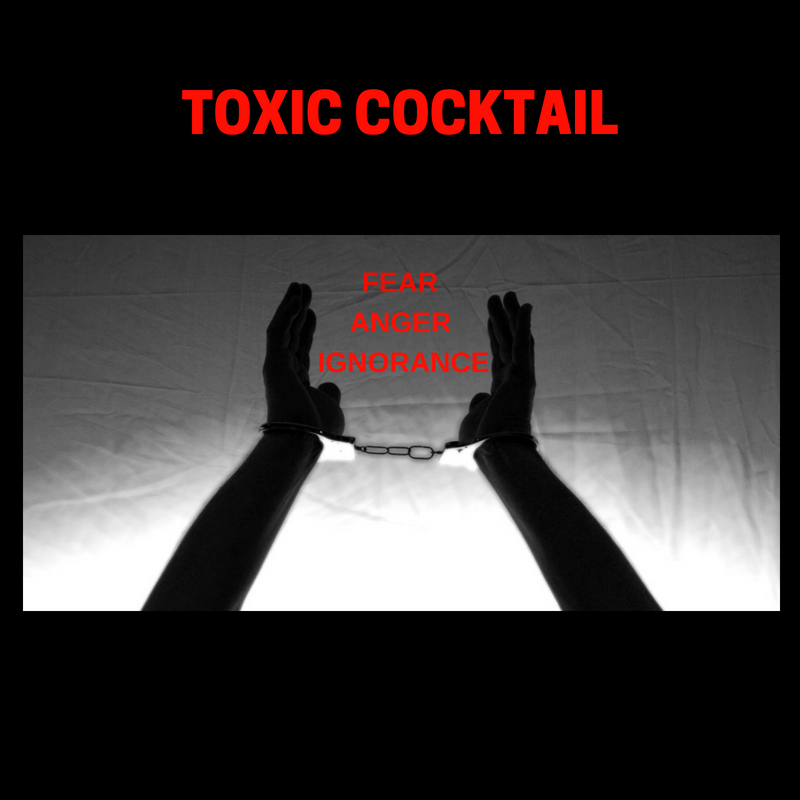 As more people acquire smartphones, dashcams and other recording devices, we find more and more shocking videos on YouTube, Facebook and other social networks.

I read the comments on these videos and find an even split between those who are shocked by the behavior of people in authority, and those who praise the recorded brutal tactics. More so each day, people are being held accountable for their actions because of these videos.

In some cases, I see the actions of the police officers as being justified; but, because people like to take sides, there will be many who simply condemn the officers’ actions. There are also those in law enforcement who are power-hungry and believe themselves to be above the law. Regarding those police officers, there will be just as many people who praise their brutality.

One might ask how such brutality can be executed by the people who are supposed to be protecting us? Others will ask, how have we come to such a point where police officers are so disrespected?

It’s all about the accumulation of energy. It’s a toxic cocktail that has been going on for decades. I will attempt to explain this through the experiences of my early life.

I grew up in extreme poverty in 1950’s Chicago. I rarely owned a pair of shoes with real shoelaces or that didn’t have a hole in the sole. My pants and shirts were stitched together with many patches. I was a curious child, as many children are. I would walk great distances in my childhood -- from the high-rise ghettos where I lived, across industrial areas and vast railroad yards, over dangerous catwalks -- to get to Lincoln Park or the zoo where I could roam in safety. I would often ditch school and sneak into a museum by mixing in with a class from another school’s fieldtrip. I always tried to hide that I was from the ghetto, but I would see and feel people looking at me and my ragtag clothing, as though I was dangerous.

Adults would often scold or attack me. It made no difference that I was just a kid looking for some safety.

I was unusual in relationship to the other kids in the ghetto. They would not venture outside the neighborhood, mainly because of how people would treat them. Although I knew that I would be looked down upon, my desire to experience new things was greater than my fear of being rejected.

My negative experiences outside of the ghetto were simply confirmation of what we in the ghettos believed: everyone else perceives that poor people are inferior. When I was back in the ghetto environment, even though it was a very hostile environment, I still felt at home and equal.

Most of the children truly believed that no one outside the ghetto cared about them. Most believed that no matter what they did, they would never be given a chance. We all felt as though the general society would rather see us dead than allow us into their world.

When police came into our neighborhoods, they would generally come in great numbers. There was no such thing as the Constitution for us, and we believed it. Racial slurs were common. We believed that if we cooperated with the police, it would only be used as evidence we had done something wrong. We would either be arrested, or we would be taken into an alley and be kicked into the ground.

The Chicago police officer’s favorite tool in the 1950’s and 1960’s was a blackjack. For those of you unfamiliar with a blackjack, imagine a tear-dropped shaped piece of leather with a heavy leather strap attached to it. The tear-drop device on the end of the strap is palm-sized, and its interior consists of a hard piece of well-sculptured rubber. For the truly cruel, there would be a lump of lead around the piece of rubber. The blackjack was preferred by the Chicago police back then, as it did not leave too much bruising on the skin. The police officers would often bring phone books along with them. By opening the phone book and placing it over the area of the body to be beaten, the blackjack could be applied with great force, thereby causing severe internal damage, while leaving the exterior of the skin with almost no bruising.

In my neighborhood, these were the types of conversations that we as children would share amongst ourselves.

I remember the names of two detectives who were famous in my neighborhood for their brutality. They rarely arrested any of us, but they were extraordinarily cruel. I still remember their names: Officer Maddy and Officer Olson, and they were both Irish. Officers Maddy and Olson would always address us in the neighborhood with either “spic” or “nigger”, depending on our skin color.

This is how I grew up.

Imagine yourself as a child, knowing that Officers Maddy and Olson are in your neighborhood, looking for anyone to "interrogate" – a daily occurrence. Now, tell me you would not run as fast as you could and hope you would not be the one caught from amongst all the scattering kids.

I was about 12 years old when Officers Maddy and Olson snuck up behind me one day, handcuffed me and verbally degraded me as they threw me into their police car. They took me into a back alley and never asked me a single question -- they just beat me with their blackjacks and a phonebook.

Believe me, I had no love for cops, especially after experiencing such brutality.

In the ghetto, we had no recourse. We knew if we went to the police department, we would more than likely have false charges brought against us. As I said, there was no recourse back then: no videos, no smartphones -- it was your word against theirs.

We were uneducated, and we had no idea how to defend ourselves by utilizing the law. When you did file charges, your family would be threatened. This happened to my family when I was 16 years old and beaten bloody by the police at one of the precincts. We filed a suit with the FBI and an investigation began. Although my mother was born in this country, the police and their union harassed us on the phone, telling my mother she would be deported to Mexico and her children sent to orphanages.

My mother became so afraid that she dropped the charges against the police officers. Soon after, I joined the Army to escape the false charges the police levied against me on my 17th birthday.

Today, we live in an era where everyone has a camera on their cellphone, in addition to many people using dashcams in their vehicles. Today, we have better ways for recourse, but we rarely look at what causes this vicious cycle of violence in the forgotten parts of cities and isolated rural areas where poverty is pandemic.

For those of you who have grown up as part of the middle-class, it is difficult to comprehend the energy cycle that traps people in these cycles of poverty. You believe that because your children have quality schools, that the children of these areas are given the same opportunities. This is not the case.

The ignorance of the children in poverty has a great deal to do with the unfair distribution of resources in the institutions. In a middle-class suburb’s school, you may have a computer on every child’s desk; in a public school in the ghetto, you may have three computers for the entire school, and they’re generally outdated. Not only does the cycle of poverty continue, but the cycle of ignorance becomes an even greater problem.

No matter on which side of the spectrum you exist, the cause of the inequities and the violence is a direct result of the toxic energy cocktail containing the frequencies of ignorance, anger and fear. This cocktail creates a consciousness in those who live in poverty to become even blinder to their surroundings, and to blame their problems on everyone else. This cocktail also causes the people of means to perceive it is useless to spend any resources on the children of these communities, and to believe that only through cruelty will people living in poverty become obedient to society.

This ignorance, anger and fear is also transmitted to authority, which leads to even greater injustice and cruelty committed against those who can least defend themselves.

This is hard to believe for most of us. Yes, it is very difficult to give of your resources and then witness little in return. It is difficult to break the wavelength of ignorance. It is difficult to put yourself in one of these children’s shoes – who through no fault of their own, are born into their environments.

If a child does not witness random acts of kindness, they will never develop a point of reference or even understand compassion; instead, they are destined to repeat the toxic poverty cycle and transfer it to their children.

I know from experience that a single act of kindness can change a life.

I can say (in part at least) that I am a product of random acts of kindness. If it wouldn’t be but for a few acts of unsolicited kindness, I probably would never have opened my mind and heart to understanding that no matter your race or economic status, there is good in all of us. And through that good, the vibration of hope can help an individual break through their own ignorance.

Hopefully, through our technologies, we may begin to bear witness as to how the cycle of ignorance affects us all, whether we are poor, middle-class or rich. We are all afflicted with the vibration of ignorance. We are all affected by the vibration of fear and anger. Let us stop sipping from this glass, and instead open our hearts and work toward emitting a frequency of hope.