What Is An Energy Vortex?

When you compress a magnetic field, it’s going to create an energy vortex. When this happens in the human body, it’s called the chakra system.

We are going to attempt to address what chakras are in a non-religious/spiritual doctrine.

Throughout history, artisans from every culture and belief system have created works of art depicting light emitting from their prophets. As an individual reaches a higher and higher level of consciousness within himself/herself, their cells vibrate in harmony with each other and produce greater levels of energy, making what we call the auric field (or electromagnetic field) more visible to others.

Every 1,000 years or so, one amongst us reaches a state of enlightenment (becomes all-knowing). We generally call these people prophets or great teachers. For the people who have become fully enlightened throughout history, their electromagnetic fields emit great wavelengths of light and can be seen by all.

This light has been called many things by many religions. The most common terminology is “chakra”, a term coined 5,000 years ago by Ayurvedic monks who were also mathematicians. In its reality, they were attempting to describe the flow of energy through a conscious being. It is not known if these mathematicians were religious or not, but the equations they formulated became entangled in spirituality some 2,000 years later, through what is now known as the Hindu religion.

We will use the term “chakra” because it is the most common articulation describing the energy vortices that emit from a living being. As we have described in a previous section, everything is energy. If you are alive, you are emitting energy. Every atom that you are made up of is emitting an unbelievable number of vortices in what we perceive to be the empty space between the electron and the proton (Max Planck, who was Einstein’s teacher, calculated that these wavelengths were no less than 893 to the 10th power). We are composed of hundreds of trillions of cells, and each and every one of them emits a considerable amount of energy. When all that matter comes together, it creates a magnetic field – which in turn creates what we call a “torus”. 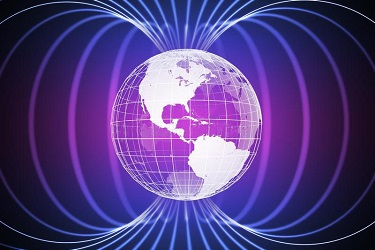 The torus can also be seen in the magnetic field of the Earth. As energy from the South Pole appears to pull in and move upward to the North Pole, that energy then emits like a geyser from the North Pole and encompasses the entire planet – and vice versa, with energy moving downward from the North Pole to the South Pole. When this is observed from outer space and photographed with our satellites, we can clearly see that the Earth has two gigantic chakras, the North and South Poles. These chakras are also magnetic in nature. You can see the color in the Earth’s chakras if you look far enough toward the North Pole; it’s called the Aurora Borealis, and in most instances, it shines bright green.

Humans as well have a magnetic field, and that magnetic field produces approximately 3,000 chakras, which have only been visible by observing the great prophets. The average individual has twelve main chakras, with the main seven being the root, sacral, solar plexus, heart, throat, third eye and crown chakras. When these seven chakras are balanced, a torus is created emitting from the root chakra to the crown chakra. The other five chakras correspond to the five main chakras that protrude from the body horizontally (the sacrum, solar plexus, heart, throat and third eye chakras). In addition to emitting energy from the front, these five chakras also emit energy from the back, which then creates a torus with the front of the chakras (much like the chakras of the Earth). The remainder micro-chakras are relatively undeveloped in most people. 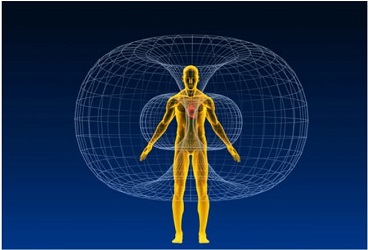 These energy vortices exist; it is a result of our physical existence. It is only spiritual in that it is a result of creation. Their existence have nothing to do with the dogma of religion or spiritual beliefs, although through those beliefs an individual may be able to enhance the energy outflow of the chakras.

When a person is both physically and emotionally balanced, the energy flow in the body is going to be smooth and consistent. The chakras’ spinning should be stable and even, with well-balanced cones of energy, in addition to clear colors emitting from each chakra. Although many people believe this is strictly a result produced through a spiritual pursuit, Master Jesse (in his experience in the healing arts for over 35 years) has often found that people who have no religious or spiritual belief systems more than often carry a very beautiful energy field and generally well-balanced chakras without any effort if they have a good attitude in life and exercise vigorously. Therefore, we are inclined to believe the health of the chakras has more to do with physical and mental balance than a spiritual pursuit.

At Apex Energy Masters, we have decades of experience in the balancing of these electromagnetic systems within the human body.

« What Is Energy? How Vibrational Frequencies Affect You »
Apex Energy Masters